No Light Without Shadow

A German saying tells us "Wo Licht ist, ist auch Schatten" - this may be translated with "No Light Without Shadow". Well, since I perceive a lot of light with regard to the amazing progress of LibreOffice, there needs to be shadow as well.

Some of you might have noticed some "document border" discussion weeks ago. Sébastien already implemented a much friendlier document shadow for Writer (see here) on the basis of Andrew's idea in bug (or better: Easy Hack) 31251.

Since there had been some intensive discussions, I finally spend some time on this topic and wrote my first (more or less) serious specification for all the LibreOffice applications: Document Background

In short, here is the outcome if an improved document outline, a slightly revised shadow, and a gradient get combined ... 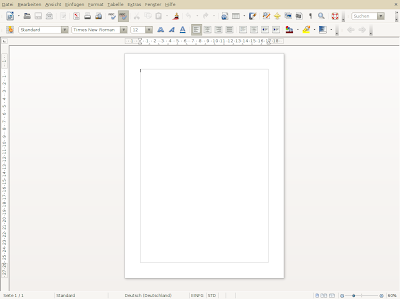 Sébastien replied that he'll working on an improved Draw/Impress shadow at the moment. I'm curious whether we can beautify and harmonize all components of LibreOffice. So far, a big thank you to Sébastien!

Back to the "Light / Shadow" topic. What if we add some more decoration - maybe some some Document Triangles ... 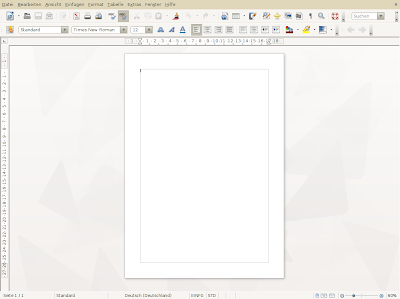 Where do these triangles come from? Something to blog about later ... maybe another Design Team guy will talk about it.

I may be rather stupid, but I could not see the "triangles" in the second screendump - it looked just the same as the first one